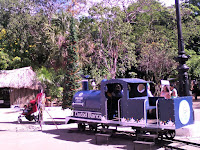 This year-end was quiet as we did not attend holiday festivities.

We were dog-sitting our favorite Holly and didn't want to leave her alone. She's so sweet (for a Bull-Terrier). 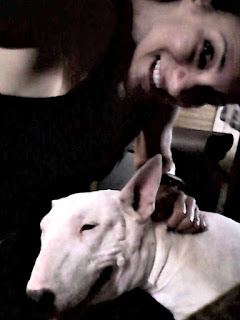 NYE was spent with a small gathering with good friends, delicious food, interesting stories, an abundance of wine, views of fireworks, and Chinese lanterns floating across the sky from a rooftop deck. Complete with a champagne toast at the new year. 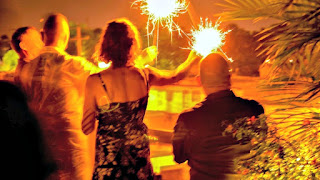 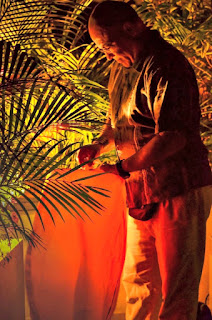 On NY day afternoon, we attended a bullfight. We had never been to one and it sounded like something different to experience, and boy was it. Well, the best part was seeing with our friends Jim & Jackie. I don't know what I expected of this cultural spectacle. The matador in his colorful garb rides the fancy horse, doing a little dance trot. Then the bull enters. I will only say that watching the bull with those lance hook things stuck in his back and blood running down the sides was an image I still see. After the first round we left. I couldn't sit through more of the same. So that was my first and last bullfight. 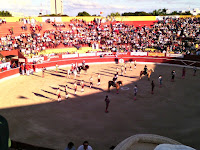 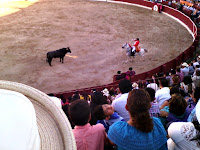 I am enjoying Adriene's Yoga Revolution program. In addition, I happened upon another yoga challenge with Wanderlust TV - it's a 21 day challenge with Schuyler Grant, and this program goes into detail on every pose we learn, creating a solid foundation to sustain a lifetime practice. Let me just say, Day 1- 'shoulder floss'. Love it! For me, this is a great instructional supplement, and perspective from a different teacher.


I am also using this awesome resource to figure out what I am going to do/pursue this year.
Live you Legend This Bay Area company has been around for a while, started by Scott Dinsmore. Sadly, at an all too young age, he was killed in an accident climbing Mt. Kilimanjaro, and now his brave wife Chelsea is keeping it running. It's a global community as well.

Last night we watched President Obama's farewell speech. Well done Mr. President and you will be missed. I have no idea what the future holds, but I know who holds the future 😊  So we do the best we can, and make the most of each day. 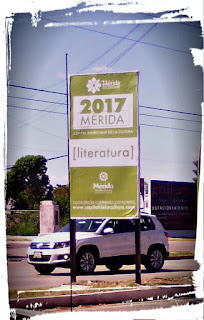 p.s. Did you know that Mérida won the Cultural Capital of the Americas for 2017? Apparently it's Mérida's second time, the first was in 2000.