As you probably know, Frida Kahlo was born, and lived in Mexico City, but I see lots of Frida here in Mérida. We recently had desayuno at the the restaurant Las Platos Rotos de Frida/La Casa de Frida restaurant. I love the bright colors, and there are lots of Frida pictures and mementos. 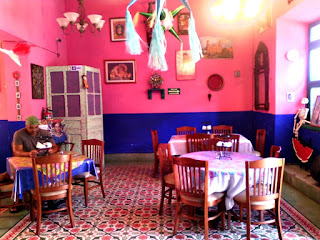 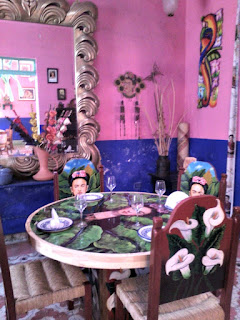 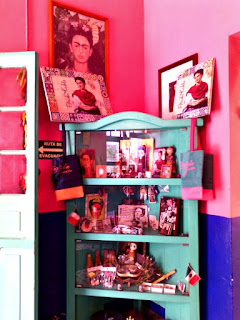 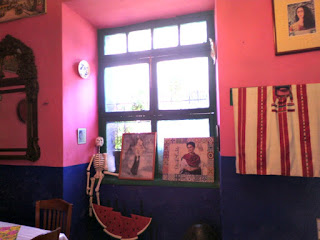 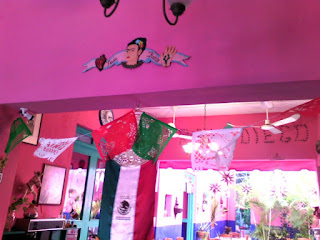 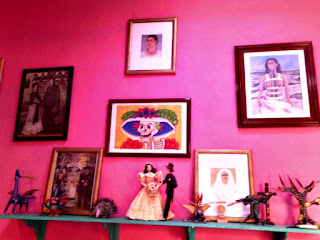 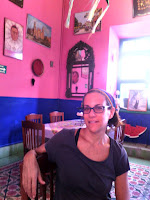 I have taken pictures of places around Mérida that have Frida painted on walls or Frida items..... She is a fascinating artist and really became known after her death. According to Wikipedia - It was not until the end of the 1970s and the early 1980s, with the beginning of Neomexicanismo, that she became well-known to the public.

Below are more pictures I have taken of my 'Frida sightings around Mérida': 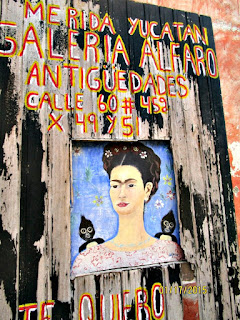 I will post again as I discover more Frida sightings around the city.

“The only thing I know is that I paint because I need to, and I paint whatever passes through my head without any other consideration.” ~ Frida Kahlo