Last week Ellyne from the International Women's Club organized a day trip to Motul, which is a small city around 45 km east of Mérida. 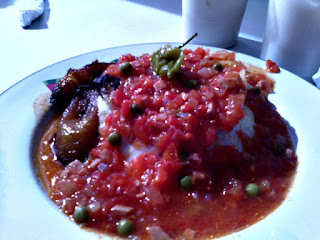 Our first stop in Motul was for breakfast to have huevos motuleños which originated here. This dish consisted of eggs on a tortilla, topped with black beans, cheese, diced up ham (I tried to pick most of the ham out of mine) and peas, and salsa. It was very good.

Then we browsed around the mercado for a bit. 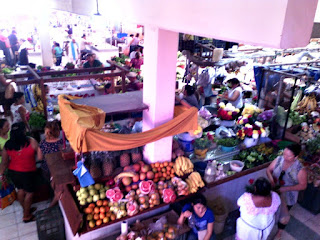 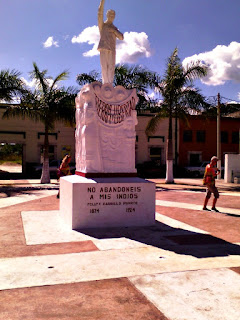 In the main plaza, we visited a church of course, a monestery, and a house/museum of Felipe Carrillo Puerto.  (8 November 1874 – 3 January 1924) He was a Mexican journalist, politician and revolutionary who became known for his efforts at reconciliation between the Yucatec Maya and the Mexican government after the Caste War. He was governor of the Mexican state of Yucatán from 1922 to 1924. -from wikipedia 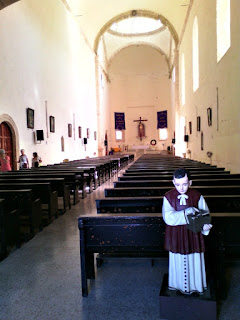 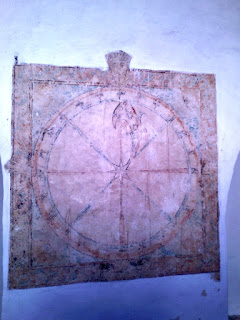 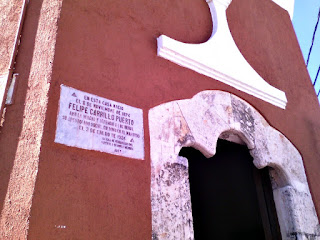 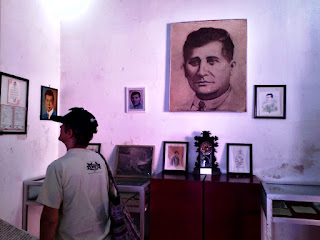 What I learned and found intriguing was his romance with Alma Reed, an American journalist. Apparently this is commemorated in a famous song he had commissioned by poet Luis Rosado de la Vega, and composer Ricardo Palmerín, called "Peregrina", also made into a movie, says wikipedia. Sadly, there is a tragic ending to this story. (I am going on a separate tour around Merida that shows places they frequented and tells of this love story.)

We visited a cave-like cenote that is more beautiful that my photo shows. 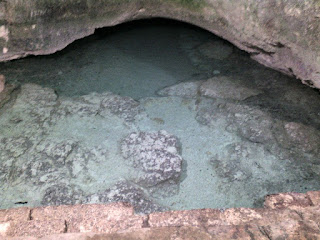 We explored the grounds of the beautiful Hacienda Chenché de las Torres. The architecture resembles a medieval fortress with two towers, and the original owners, Count and Countess of Miraflores, modified the original building to look like a castle. 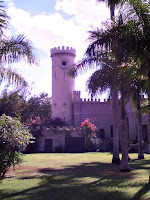 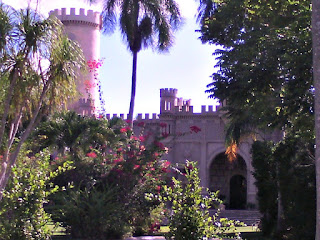 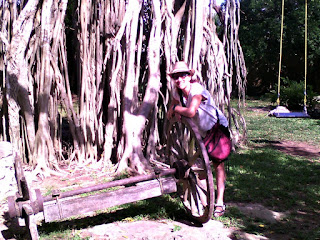 And afterwards we were served a nice lunch at a home of local hacienda workers. We had this black bean soup which was delicious with homemade tortillas. Then a dish of chicken with rice, and lastly a local special dessert (a sort of sweetened bean pudding- ) but I think it is an acquired taste called something like postre de frijol.

I enjoyed this trip, and it was a great experience to visit and learn about a nearby city.
Posted by andrea at 2:44 PM